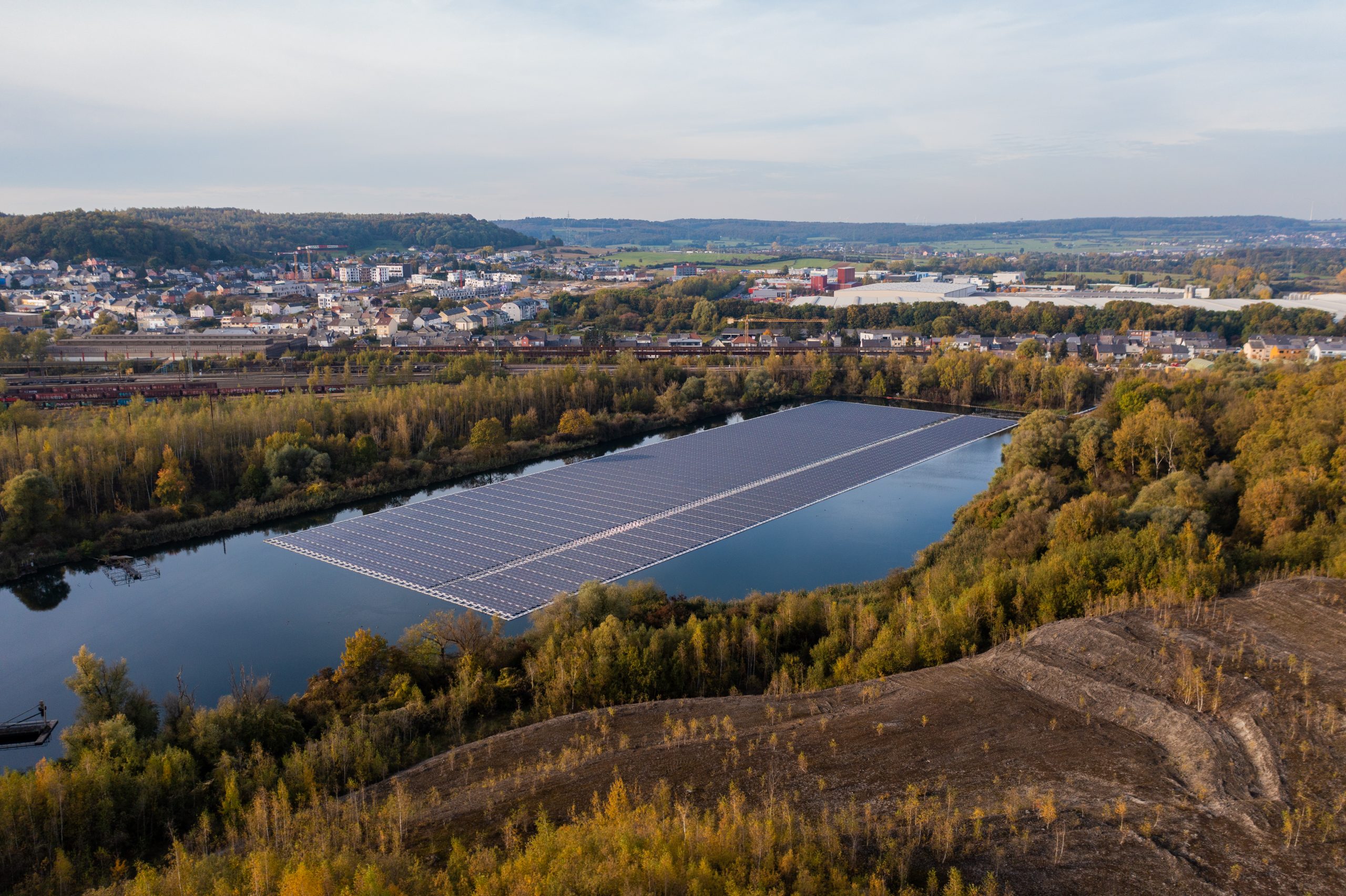 The floating solar farm has been installed on a former cooling pond belonging to ArcelorMittal Differdange, and consists of 25,000m2 of solar panels, with a surface area of 5.7 hectares. Eventually, the electricity produced will amount to 3 GWh/year and will be able to power nearly 800 local homes, i.e. the annual electricity usage of 3,200 people*. The electricity produced on the floating solar farm will be fed into the local grid and contribute to Luxembourg’s energy self-sufficiency.

Genesis of the project

In 2019, as part of a call for projects launched by the Luxembourg government, for the production of electricity from solar energy, ArcelorMittal and Enovos decided to join forces to carry out the first project of its kind in the Grand Duchy. A contract was signed between the two partners, under the terms of which ArcelorMittal would make its Differdange industrial basin available to the energy operator, which owns, manages and operates the photovoltaic structure.

A first in Luxembourg

Following feasibility studies and the obtaining of the necessary administrative permits, construction started in March 2021 and the plant was commissioned on 21 October 2021. This unusual construction project involved around 30 people for more than six months. The floating solar structure and the transformer station were first installed, and then the electrical connection was made. The highlight of this phase of the project was the drilling under the rail network adjacent to the basin, which allowed the cables needed to connect the installation to the public network, to be laid. 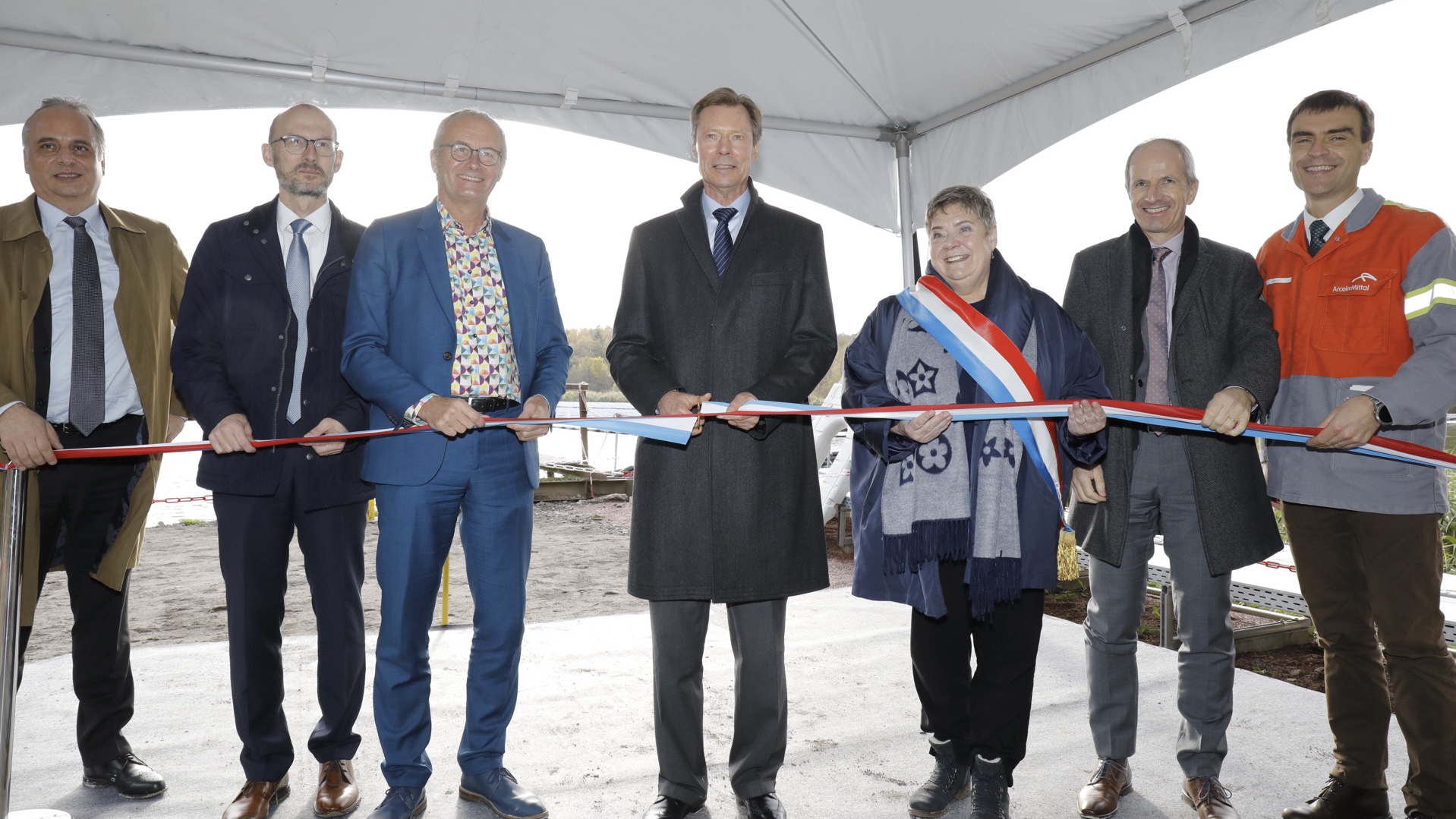 Thomas Georges, CEO of ArcelorMittal Differdange, said: „With this project, which is in line with ArcelorMittal’s sustainable development strategy in Luxembourg, and in particular with our commitment to communities and citizens, we have made available the conversion of an industrial basin for sustainable energy production. The combined efforts of ArcelorMittal and Enovos have made it possible to develop an innovative solution for the benefit of Luxembourg households. This project is a first for our sites and serves as an inspiration for future projects, as part of our decarbonisation strategy.

For Enovos and the Encevo Group, the message is clear: „Enovos is building on its growing expertise to develop and build large-scale green energy plants. We are working hard to develop new concepts that emphasise the value of space and allow for multiple use between biodiversity, industrial activities and energy production from renewable sources. The Differdange floating plant is a clear example of how, by joining forces with industry and the energy supplier, we can advance the energy transition. We are proud to have ArcelorMittal as a partner on our journey to carbon neutrality. 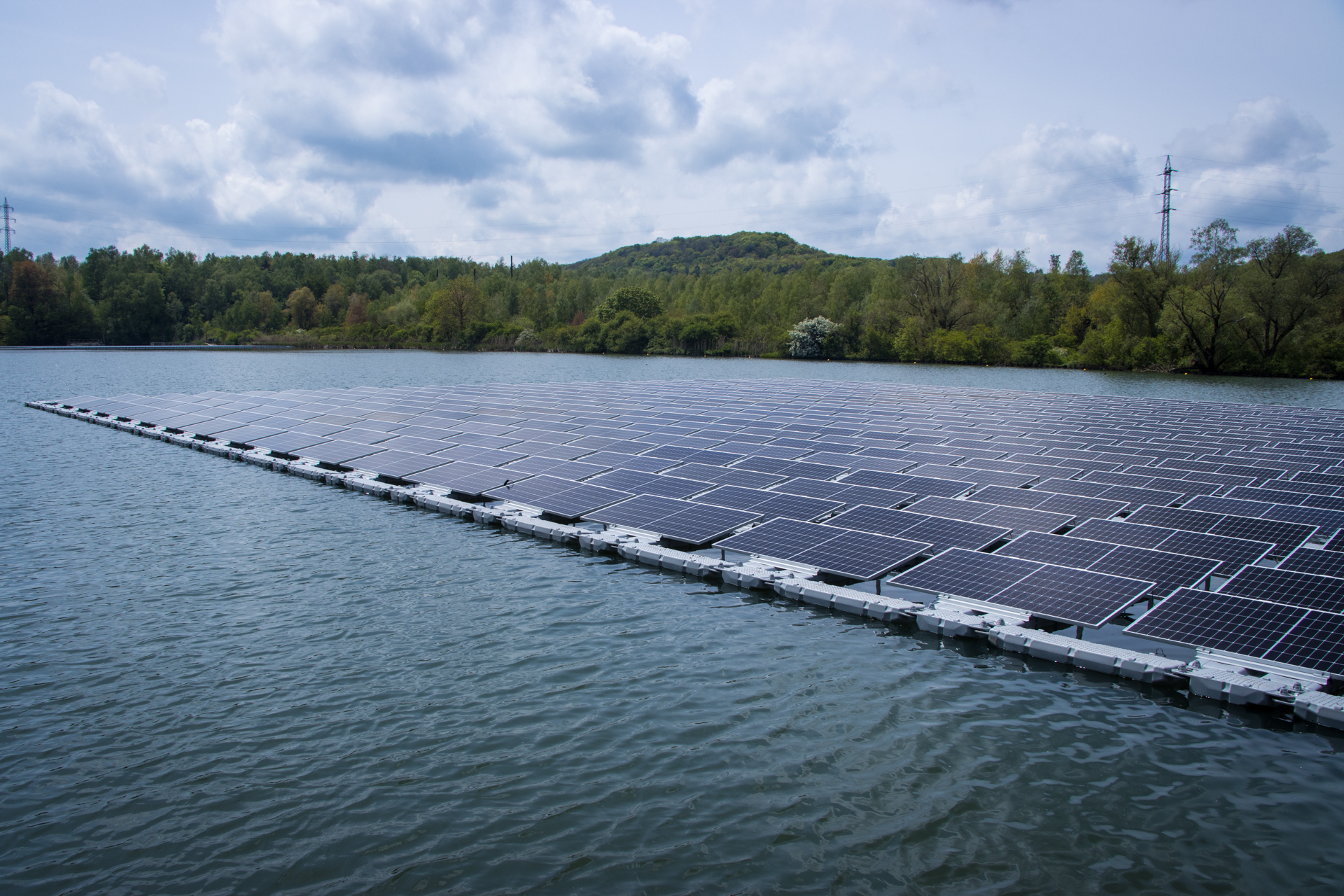