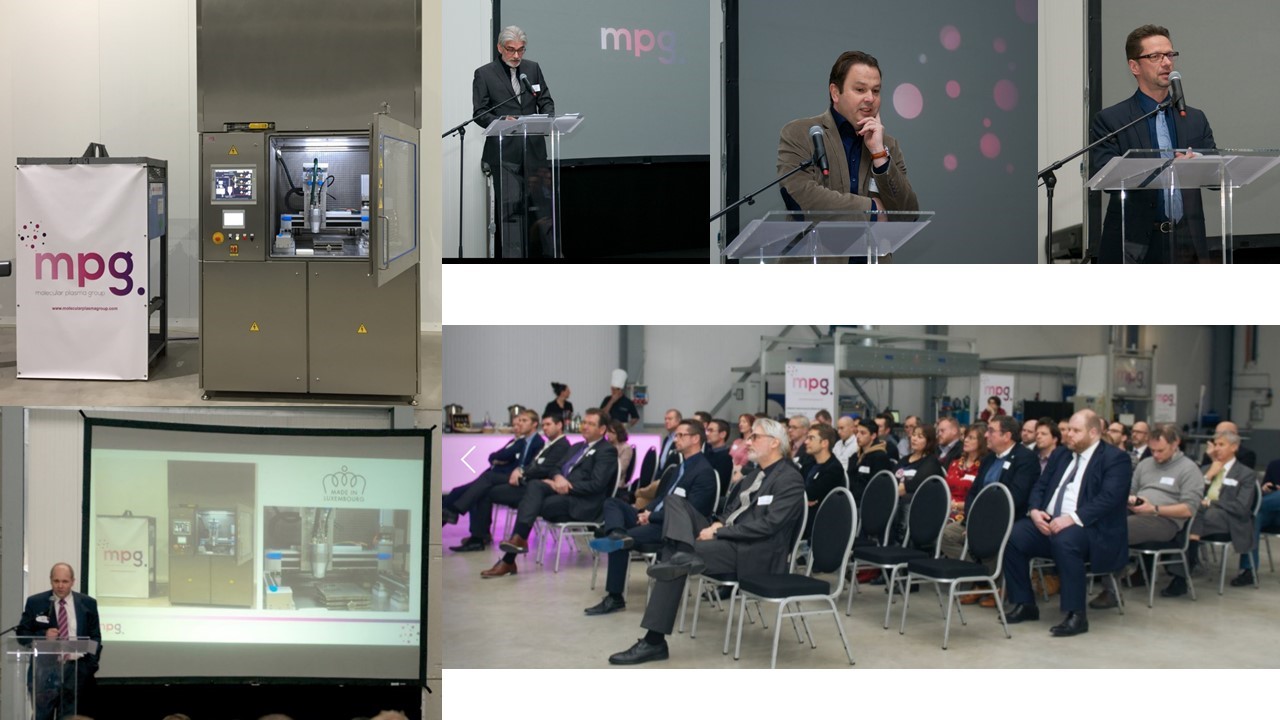 Last week was a very important milestone in the life of the Molecular Plasma Group. On December 4th, the company organised an « Open House » event in its facility in Foetz and welcomed over 75 people to celebrate several different events:

At this occasion, Mr Marco Walentiny from the Ministry of Economy, the director of FEDIL Mr René Winkin and the Head of the Cluster initiative at Luxinnovation Mr Johnny Brebels contributed with their speeches to a successful event. The company also expressed its gratitude to its customers,  partners, and also its own team, as without all those actors none of the three celebrated successes would have been possible.

For the launch of the new mpg. – Molecular Plasma trademark, the following video was shown: